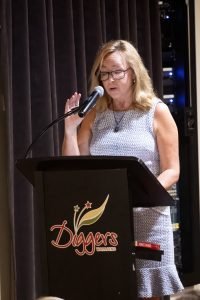 On International Women’s Day, business woman Kay Schubach shared her shocking story of domestic violence with a capacity audience of 200 at Wallsend Diggers.

Kay’s is one voice in a growing chorus of Australian women who have spoken publicly about their experiences of sexual assault and domestic violence. They include 2021 Australian of the Year Grace Tame.

Grace was groomed and repeatedly raped by her 58-year-old teacher when she was in Year 10. Gagged by an archaic Tasmanian law that prevented victims of sexual abuse from ever speaking about their experiences, while her abuser was free to speak out, Grace became the hidden face of the #LetHerSpeak campaign. This helped her to win a Supreme Court bid for the right to publicly self-identify as a rape survivor.

At another International Women’s Day breakfast in Newcastle on 5 March, highly-respected business leader Kirsten Molloy also shared her experiences of sexual assault. Kirsten, a Director of the NRMA and founder of the Equal Futures Project, bravely spoke about being sexually touched by a teacher in a classroom as a 12-year old. Like many perpetrators, her abuser played upon the power imbalance between himself and his victims. He relied upon plausible deniability and the collective fear of not being believed.

Outcry takes tremendous courage. The costs can be high. Former Liberal staffer Brittany Higgins, who recently alleged she had been raped by a fellow staffer in the office of defence minister Linda Reynolds, lost her dream job. She was reportedly called a ‘lying cow’ by the minister, who has since apologised.

These women all overcame barriers to report abuse and to warn others. Despite the prevalence of sexual assault and domestic violence in Australia, there is a concerning tendency for victims to be ignored, silenced and vilified when they outcry.

In the case of Kay Schubach, the unwillingness of her well-heeled neighbours in Sydney’s elite suburb of Potts Point to become involved nearly cost her life. Not only did they not come to help when her abuser tried to kill her, they closed windows to block out the sound of her screams. No one called the police.

Fortunately, Kay survived and has written a book – Perfect Stranger – to help others. In it she warns how quickly her abusive partner stripped away her wealth, her livelihood, her friends and family, her dreams, her self-esteem and almost her very life. Published in 2012, Perfect Stranger has sold over 6,000 copies. Everyone should read it.

These brave and resourceful women are all survivors. They are educated, resilient and determined. They, and others who tell their stories publicly, help to empower others to find the courage to speak out about domestic violence and sexual assault.

Kay Schubach and Kirsten Molloy told their stories at events that raised much-needed funds to combat domestic violence in Newcastle. The event that Kay spoke at, organised by Diggers Wallsend, raised $11,000 for Jenny’s Place. We are so grateful to the fantastic team at Diggers Wallsend for putting on such a great event. The much-needed funds will be used to maintain the services offered through our Domestic Violence Resource Centre (DVRC).

Every day our DVRC counsellors support and assist local women who are the victims of domestic and family violence. Many of them lack the resources – financial and emotional – to escape their situations, especially when children are involved. Most don’t want to believe that the partner they love is a violent abuser. Isolated from family and friends, their finances controlled and suffering from low self-esteem, many of our clients take months, even years, to escape their abusers. They need information and advice, long-term support, and practical assistance to create a safe, secure future for themselves and their children.

Jenny’s Place thanks all the brave women who speak out about their abuse to support those less able to speak for themselves. We particularly thank Kay Schubach and Kirsten Molloy for their support of women in Newcastle who are experiencing domestic violence.

As Grace Tame said, ‘When we share, we heal’. In her Australian of the Year acceptance speech, Grace also said: “I remember him saying, ‘Don’t make a sound.’ Well hear me now. Using my voice, amongst a growing chorus of voices that will not be silenced. Let’s make some noise, Australia.”

We invite Grace to come and tell her story of healing, courage and determination in Newcastle.

This opinion piece was published in the Newcastle Herald on Saturday, 13 March 2021. 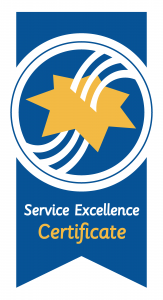